Now that we’ve arrived to the end of February, I thought it was as good time as any to share some of my thoughts on the films I’ve seen and haven’t had a chance to review since the turn of the year.

An emotional drama with a touch of comedy punctuated by a very strong cast. Silver Linings offers just enough to think about and some to laugh at. A bit less transcendental than the awards season have made it out to be, but powerful enough to merit some recognition.

Highlight: the performance by Jennifer Lawrence + the return to form of Robert De Niro

Downside: it has its share of cliches and some sequences feel forced.

END_OF_DOCUMENT_TOKEN_TO_BE_REPLACED 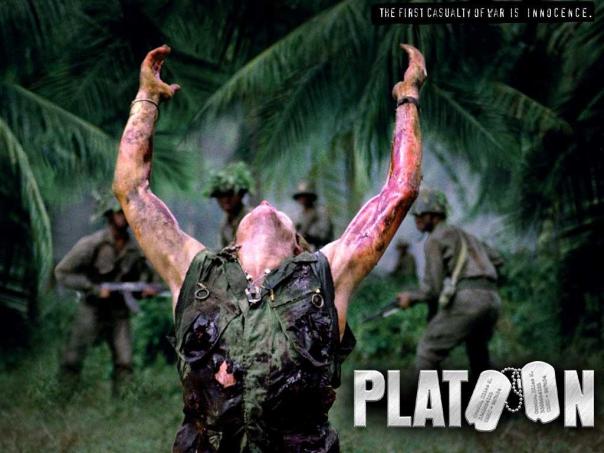 Alongside Francis Ford Coppola’s Apocalypse Now, Oliver Stone’s Platoon is the best representation I have seen of the devastation caused by the Vietnam War. Of the two films, Platoon’s approach is a bit less poetic, opting for gritty and harrowing realism, quickly turning into a fairly direct indictment of one of history’s most violent and pointless armed conflicts.

The film focuses on a group of soldiers who, in most cases, had been stripped of most (if not all) of their humanity by the time we are introduced to them on screen. War in Platoon is nothing to glorify, there are no winners, losers or heroes to be found. In the Vietnam of the film there are only victims and victimizers. There are no attempts at turning war into an entertaining sensory spectacle, nor are there any attempts to glorify violence and brutality in any way. In fact, the image of the American soldier is downright controversial, depicting battle-scarred soldiers that have long forgotten how to distinguish between right and wrong.

END_OF_DOCUMENT_TOKEN_TO_BE_REPLACED

Before you read any further let me be clear about something: the Oliver Stone biopic of Alexander was a less than successful attempt at storytelling, without heart, lacking in pace and creativity.  Having said that, and leaving behind all of the dull intricacies that the film inexplicably chose to focus on, the sequence that showcases the famous Battle of Hydaspes is a welcomed escape from an otherwise forgettable movie.