After more than 11 months have passed since the turn of the year, I finally get to posting the list for what I consider to be the best films of 2012.
Out of the more than 60 films from last year that I managed to see, 18 received at least a 4/5 or “very good” rating, which is exactly one more than the amount I rated as high in 2011. The average score at this moment is 2.9, which is also in line with the average from the previous year. Out of these 18, only 5 were given 4.5/5 and no films received a perfect score. My count for 5/5 rated films remains stationed at 14 films total, with the last entry being ‘A Separation’ from 2011.

END_OF_DOCUMENT_TOKEN_TO_BE_REPLACED 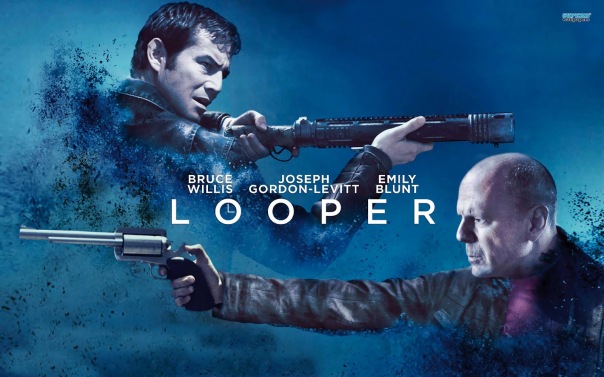 Congratulations to me! This is the Blog of Big Ideas’ 100th post!

After Hollywood has been able to churn out remake after remake, sequel after sequel, adaptation upon adaptation, and even combining several characters with their own films to make a “bigger” and “badder” one (The Avengers), Looper appears on the sci-fi horizon as a breath of fresh air, a wholly original piece without precedent that is driven by story, and not by special effects or the inevitable explosive battle scene.