The year that is about to end was a year of change. On January the 1st, I found myself in a strange town, emotionally hurt and surrounded by people I did not want to be surrounded by. It was the least auspicious beginning to a year that I can remember.

Fortunately, life has a way of sneaking up on you, for good and bad, and less than two months later I welcomed a new person in my life that has made me rediscover love, and regain the hope that happiness is not only attainable, but that it has always been within my reach should I dare to make some changes.

END_OF_DOCUMENT_TOKEN_TO_BE_REPLACED

There is something mystical about the Academy Awards. Even when actors and directors and cinematographers try to deny it, the Oscar remains Hollywood’s grandest and most cherished prize. Despite the glaring omissions that plague the list of winners and nominations every year, The Academy gets it right sometimes, which is more than many awards shows can say. It helps, of course, that the Academy is favored by a 87th year long history that when compared to the 72 years of the Golden Globes, or the 67 years of the Bafta, it makes the accolade all the more respectable and appreciated, if only for its accumulated wisdom over rivals.

END_OF_DOCUMENT_TOKEN_TO_BE_REPLACED

I continue what I started last week with a look at all of the television I watched in the past year. Obviously, I will not be talking about the occasional one or two episodes I saw from series I haven’t really followed. My reviews will be on full seasons of anything I managed to watch, whether new or old in the 12 months of 2014.

I also thought it would be good timing to share my thoughts on television right after the Golden Globes telecast which saw excellent newbies get the recognition they definitely deserved.

END_OF_DOCUMENT_TOKEN_TO_BE_REPLACED 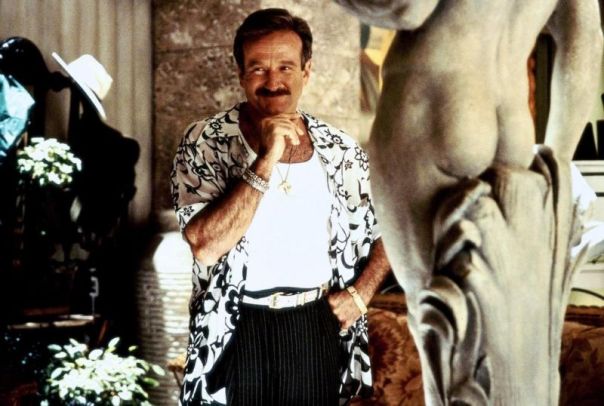 END_OF_DOCUMENT_TOKEN_TO_BE_REPLACED

It is frightening to realize how consistent is the work of director Steven Soderbergh. His movies are never bad. Some of his work has been close to greatness but the majority just remain a touch above mediocrity.

END_OF_DOCUMENT_TOKEN_TO_BE_REPLACED

After a month-long hiatus, I return not to miss the chance to talk about the upcoming release of Prometheus, marketed as a prequel of sorts to Alien, one of the most significant sci-fi thrillers of all-time and one of my favorite films.

Even though I count myself as a true fan of the franchise, especially of the first two installments, I have gathered the impression that there is a lot of skepticism about the continuation of the franchise, understandably so given that the last few attempts to revive it have been such a disappointment.

END_OF_DOCUMENT_TOKEN_TO_BE_REPLACED

Nearing the conclusion of March, I’m still struggling to keep pace with my film reviews. Here are some of the latest films I have seen:

The Skin I Live In

Pedro Almodovar once again delivers a delicately crafted film that is driven by tragedy, lunacy and, often times, depravity. The Spanish director dares to go where the majority might not, visiting dark, largely forbidden subjects that are very much non-existent in mainstream Hollywood. Almodovar goes beneath the sleek, often times simplistic view of sex that the film industry perpetuates as he explores a world driven by carnal desires and strange fetishes that often supersede moralistic considerations, defying social norms and challenging the viewer to reevaluate his own set of values.

END_OF_DOCUMENT_TOKEN_TO_BE_REPLACED

Following my previous post in which I summarized my thoughts about film in 2011, I think it would be interesting to continue the so-called “Vanguard Award” idea and expand it to include categories that are handed out in the Academy Awards.

The Vanguard Awards will be handed out by The Blog of Big Ideas to films, actors, and film makers that advanced cinema with their artistic vision and dexterity, helping to construct some of the most interesting pieces of art of the last year. It will be an annual award handed out on the same day as the Oscars. In subsequent posts of this coming year, I will be nominating films that I think should be given consideration until it all comes to a close with the awards themselves.

The Vanguard Award will be given to films of artistic relevance, where there are aspects that are unique, original and that may even be considered ahead of its time. This is not to say that the recognition I give to these films necessarily means that these are the films I thought were the best, just the most thought-provoking.

The Tree of Life (Terrence Malick)

END_OF_DOCUMENT_TOKEN_TO_BE_REPLACED

May contain some SPOILERS !!

For most of its running time, Se7en is a non-remarkable crime drama starring a young Brad Pitt, Morgan Freeman and Gwyneth Paltrow.

It is only when a great actor by the name of Kevin Spacey comes into the picture, quite dramatically I might add, that Se7en is taken to a level of thrill and excitement that did not seem possible for most of the film.

Spacey plays a psychopath named John Doe who believes he is to set an example about the evils of society by making his severely flawed victims suffer their worst nightmare before they finally die at his hands. He chooses his victims carefully, based on the seven deadly sins, each one being guilty for committing one of them.

What is remarkable about Spacey’s John Doe is not what he has done, but the convincing way in which he portrays a man that is void of any moral compass, of feeling any sort of remorse, who is not able to feel bad for any of his victims because he feels they are not worthy of clemency. At first, John Doe surrenders while covered in blood in the police station. The detectives don’t understand why he would, knowing by then that his plan was not yet complete. John had killed only 5 of his victims, 2 were still missing. Somerset, who is the more inquisitive of the two detectives in charge, challenges this notion, always suspicious that there is certainly more to come. As the audience, we relate to Somerset as we automatically think that a serial killer as grotesque and merciless as John Doe would never give up when he is so close to completing his so-called “masterpiece”.

By the end of the movie we know that his plan was indeed complete and that he left it to the inexperienced and anger-prone detective Mills (Brad Pitt) to have the power in his hands to make it possible. The cleverness of his plan is shocking and we, as the audience, are probably as surprised as the characters in the movie.

At the end, we are secretly in awe of Spacey’s Doe for the precision of his plan. His serial killer is the incarnation of psychopathic behavior. He welcomes death, in fact, he looks forward to it, knowing that once he passes he will probably be immortalized by the media. What is unsettling about Spacey’ performance is that we believe in what he believes. He is so convincing in what he says that we cannot argue against it. We are lost in Spacey’s eyes, devoid of emotion or fear. His voice is malignant yet thrilling, revealing in hints and pieces that we are speaking to someone who cannot be persuaded or coerced.

Spacey’s performance is all the more thrilling and relevant because the film desperately needed it. What the picture lacked for most of its running time, Spacey’s Doe brought it to the fore and exceeded our expectations, delivering a surprising knockout punch to the story.

Spacey’s brief performance in Se7en elevated the film and he was the deserving recipient of several awards for his extremely electrifying portrayal (surprisingly overlooked by the Oscars). His John Doe, in my opinion, rivals even that of Anthony Hopkins’ Dr. Lecter anyday.

The Blog of Big Ideas
Blog at WordPress.com.
Loading Comments...