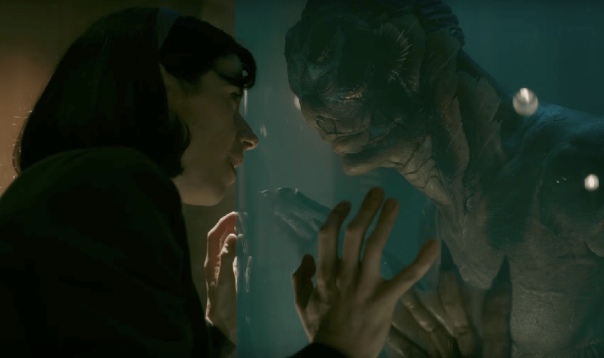 Continued from the previous recap…below a series of short reviews on the second chunk of films watched between November and December of 2017. 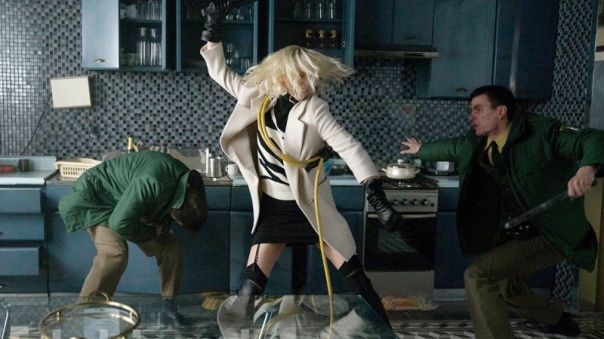 A spy thriller that attempts to be little else. Set at the end of the Cold War as Berliners felt emboldened to retake their city and unite their country, Atomic Blonde rises above mediocrity due to its compelling setting and a very committed performance by Charlize Theron. Otherwise, there is nothing new or particularly surprising about this tale of deceit and survival.

It comes as no surprise to anyone who has paid attention to the career of Guillermo del Toro that he has made a romantic film where a woman meets a man-monster that is clearly reminiscent of the 1954 film The Creature from the Black Lagoon.

The beautiful things about Del Toro’s rather simple linear story are all of the supporting elements that enrich it and make the world it’s set in believable. Outside of Sally Hawkins’ beautiful lead performance, there are at least 4 other characters that compete for attention, each with just enough depth and complexity that even the villain (a very good Michael Shannon) comes off as more of a angry and tragic figure than someone we can easily rally against.

Being a Del Toro film, this is also a piece that makes us acutely aware of its context, operating as a believable time capsule to 1950s America.

Ironically, the richness that I just praised is also the reason why The Shape of Water doesn’t find enough time to make the romance at its center come alive completely. There are hints of it blossoming, but it never felt effervescent enough to merit so many characters coming to its defense.

The film also has one of the best creature designs in recent memory, opting for a more tactile, CGI-light presentation.

This film should not have worked. Its synopsis would have you believe that it is a rather modest story contained to an uncomfortable dinner party between two very different people whose views clash immediately upon meeting.

What the description doesn’t tell you is that while the film does spend most of its energy around a dinner party, Beatriz (a great Salma Hayek) carries with her a deeply rooted nostalgia that makes all of the recent unfortunate events and dinner party exchanges she has to live through especially poignant. Surprisingly, there are moments in which the movie disengages with reality, taking a sort of metaphysical aura that represents Beatriz’s impressionistic memories of a lost childhood.

Beatriz at Dinner is also a film that is gutsy in its argumentation, taking a clear and unambiguous moral stance that does not feel manufactured, but instead feels like the natural extension of Salma Hayek’s title character.

A surprisingly poetic film that made me reconsider my values.

Within a silly premise and a rather traditional 3-act family-friendly film structure, the sweetness and originality of Baby Boss surprised me.

I’d recommend it to the parents of young siblings, who may feel abandoned or neglected by the arrival of a baby brother or sister.

I will never understand why horrible films like Heathers gain a cult following and survive the passage of time.

Unlike more recent teen comedies that are clearly influenced by this 1988 film, Heathers does not seem to be “in” on the joke.

Heathers is so bad that, even if the intention is to poke holes on the self-important walls teenagers tend to build around themselves, it does so without any hint of comedy or artistry. 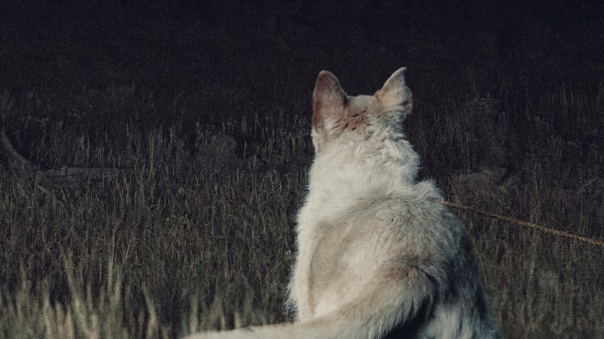 The film reasserts one long-held belief in the horror genre that many movies choose to ignore at their peril: fear resides in the unknown and the unseen.

It Comes at Night thrives in close quarters, making use of darkness and poorly-lit rooms to great effect. Joel Edgerton delivers a powerful and uncompromising performance as the head of a family willing to sacrifice every shred of their humanity to save each other from the inevitable.

An elegant and minimalistic horror film that keeps the suspense high and never lets go.

As an outsider with very little knowledge about the man behind Andy Kaufman’s unpredictable public persona, this 1999 Milos Forman biopic seems like an adequate, if not entirely enlightening approximation of his unique comedic mind.

While the film didn’t particularly surprise or move me in any way, the thing I could not shake was Jim Carrey’s overwhelmingly committed performance. Now that I have had time to think about the film and watch the documentary Jim & Andy: The Great Beyond (reviewed below), I find Carrey’s career always pointed him towards Kaufman.

We never lose sight of Carrey as an actor, but it’s as if we are introduced to an alter-ego that had always been lurking just out of our collective view.

Carrey has been in better films (The Truman Show and Eternal Sunshine of the Spotless Mind come to mind), but he has not given a better performance than interpreting Andy Kaufman. 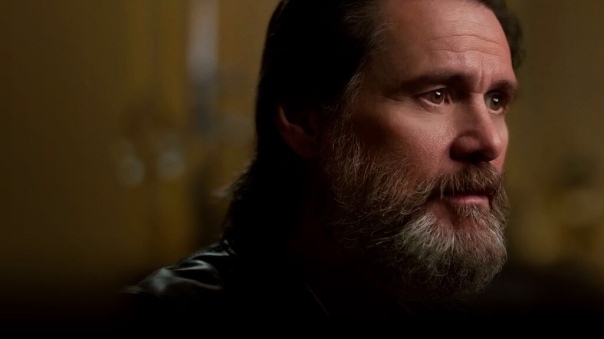 It’s hard to understand what happens to the mind of certain artists after they achieve as much success and fame as Jim Carrey.

In Jim & Andy: The Great Beyond we meet a man whose disheveled hair, unkept beard and monotonous tone scream of depression or, perhaps, total contentment and comfort. As much wisdom or introspection as Carrey wants to share about his experience in the business, especially while shooting Man on the Moon, most of his commentary comes out garbled and messy, without a central theme and without a clear purpose. It is as if we are all invited into the mind of a man whose tales about the process of acting all come attached with a bit of disinterest and detachment. My question is, if our narrator does not care much, then why should we?

The film also doesn’t help itself. The most interesting bits focus on the extreme method acting of Carrey during the filming of Man on the Moon, but it often gets sidetracked, giving us a mixture of nostalgia and false wisdom that never sticks.

At the end and away from the camera Carrey seems to have a moment of clarity that sums up my thoughts about the documentary: “things got a little crazy”. Yes, they did, my friend. Yes, they did. They got crazy in all the wrong ways. 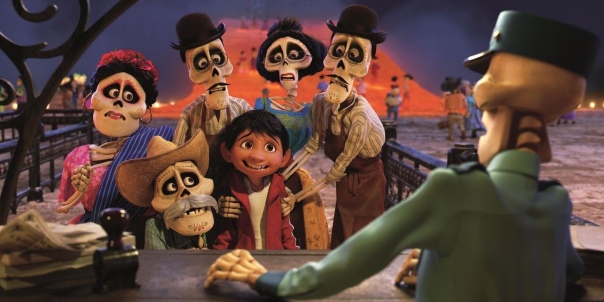 The beautiful thing about Coco is that, like Moana, it opens the door to a bright future in animation that finds inspiration and richness in other cultures. No longer do we see bits and pieces of cultural appropriation. Instead, Coco is a distinctly Mexican film that tells us a story about a Mexican family with Mexican traditions following uniquely Mexican dreams, all of which is done tactfully and movingly.

In good Pixar fashion, the film is also beautiful to look at. There is, as you would expect, great attention to world building, rooting the characters in a world filled with magic, and love of family and music.

Coco is a film that oozes with charm.

The exacting and mind-twisting nature of Steven Soderbergh has not receded in the least over the years and Logan Lucky is proof of that.

While the similarities with the Ocean’s Eleven films are clear and impossible to miss, Logan Lucky nails its brand of silly, and even downright stupid humor in ways that the Ocean movies only occasionally did.

Playing second fiddle to Channing Tatum’s limping construction worker are Adam Driver, as his bartender brother with a prosthetic arm, and a very blonde Daniel Craig, as a convicted felon and expert vault breaker. They’re both downright hilarious, playing silly fools that can keep a straight face through every situation.

Apart from the sometimes hilarious shenanigans of the heist, Logan Lucky’s attempt at giving the film some emotional backbone falls flat. At the end, however, the pure thrill of seeing them succeed was enough to keep me engaged. 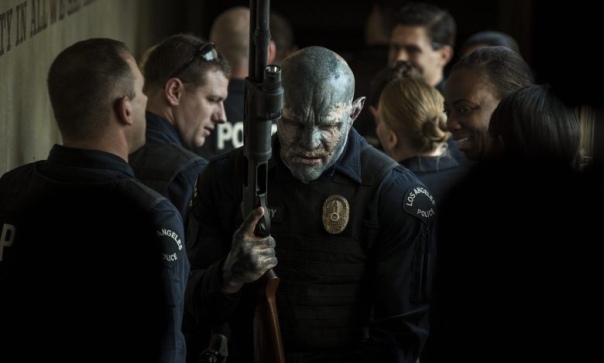 Bright is the kind of mess that comes when you put together an immature script with a filmmaker that refuses to make the film that is written on paper.

Bright is an erratic mess that is seemingly interested in making larger social statements, whilst lacking the nuance to do it tastefully.

At the same time, Bright is awfully concerned with world-building, throwing new elements to the story at every stage but without much backstory or attention to detail to make sense of it all.

It is a film that gets lost in its many goals. It is an unfunny buddy-cop movie; a socially conscious movie that manages to be offensive at times; a fantasy film that is a mesh of many ideas thrown together almost at random; and a violent thriller that doesn’t thrill or even amuse. An unfortunate misfire by director David Ayer whose previous credits include the very good End of Watch. 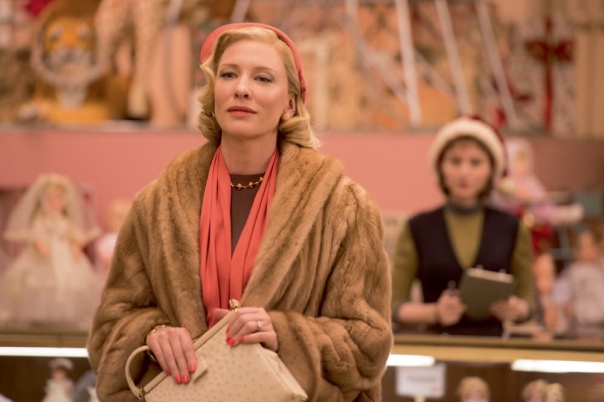 It is rare to see a movie be courageous enough to build a relationship from the ground up, starting with a simple look, or a touch or a gesture, and spending a significant amount of time developing these characters with the kind of human complexity that can only be found in great scripts.

If that were not enough, the film is beautiful to look at, creating a tangible atmosphere where we see two great actresses at their best; on the one hand the youthful beauty of Rooney Mara and, in the other, the timeless elegance of Cate Blanchett.

There is plenty to love and plenty to dislike about the latest entry in Hollywood’s most successful big screen saga.

The good: Rian Johnson’s visual artistry, the strong performances by the younger new faces, and the spectacular action sequences that are beautifully choreographed and epically constructed.

The bad: Mark Hamill’s moody performance, some of the questionable script decisions and in the plot avenues that did not quite succeed (such as finding a code breaker in a rich casino-like world)

Still, it managed to keep me engaged and excited for what is yet to come in the franchise.

Though I appreciate the film’s intentions and cinematic craftsmanship, Wind River fails mostly in the details, with a script that doesn’t trust audiences enough to make our own conclusions.

Anyone care to point out why we couldn’t just have a native American in the lead role? Hasn’t the box office proven studios wrong time and time again about white-washing acting ensembles?

Enjoy the Awards Season everyone…