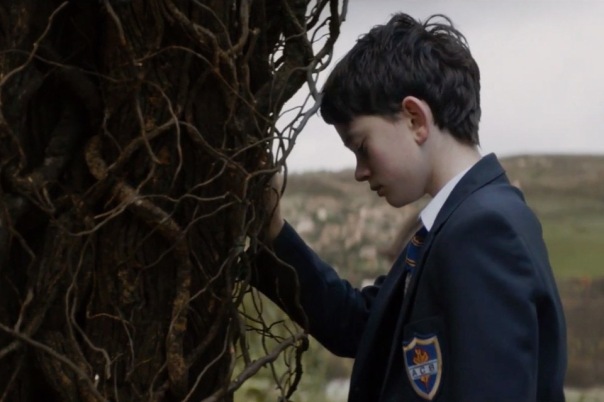 Back in 2010 I lost my father to a heart attack. He was 54 and I was 24. I was going to college to get a Masters in Architecture in Chicago, and he was with my mother back in Caracas, Venezuela, about to go on a business trip.

My family managed to get a hold of me very early in the morning. They simply told me he was at the hospital, alive, but in serious condition. Little did I know that they were trying to spare me the news of his passing, while I was by myself, trying to make it back as quickly as I could.

There is, unfortunately, nothing that can prepare you to lose a loved one as early and unexpectedly as I did. I was very close to my dad. He was nurturing, inspiring and of a noble heart. He was the person I wanted to make proud and the person I most looked up to.

A Monster Calls is the story of a young teenage boy, of 13 or 14, whose life has been upended first by their parent’s divorce and, more importantly, by his mother’s debilitating and life threatening illness. Despite his young age, Conor must wash his clothes, prepare his meals and tend to the house he shares with his mother before he goes to school every day. Once there, he must also contend with a bully who is hellbent on making his life miserable, and later with a grandmother (a very good Sigourney Weaver) whose strict ways clash with Conor’s inner frustrations.

The way Conor is played by young actor Lewis MacDougall suggests this is a kid whose strong emotional facade masks a heavy burden. His skinny and pale complexion emphasizing the fragility of his psyche. It is, therefore, not entirely surprising for a kid his age to make sense of his feelings by using his imagination. Before sunrise, a big, old and beautiful tree sprouts, turning branches into legs and arms, transforming into a monster.

Unlike Pan’s Labyrinth or Where the Wild Things Are, the fantastical element in the film is not meant to serve as psychological shelter, but rather as a catalyst to emotion. For Conor it is not about escape into a fantasy land, but about understanding his feelings, even if it means using an “imaginary” monster to do so.

Given the heavy subject, it was easy to dismiss the film for consciously trying to pull at our heartstrings and aim for little more than our empathetic tears. While this is not an entirely baseless criticism at first, the film breaks away from melodrama through its cinematic flourishes and a stupendously moving last act that is as careful and poetic an exploration of grief as you will ever see on film. As I watched A Monster Calls and the tragedy became increasingly unavoidable and Conor’s state of mind moved closer to the breaking point, I identified not only with the sense of dread, but with that sinking feeling that nothing you can do can make a difference. For Conor it was a matter of months, maybe even years, while for me, it was all contained within 24 hours of absolute fear. What would my life be like without him? How would I deal with the worst of news? How would I be able to cope with it in the long run? Everything within me wanted to believe in his recovery but, at the same time, I couldn’t shake the feeling that the worst had already happened and I needed to prepare for what was to come.

A Monster Calls is the first film I have seen in a while that dares to step outside of a straightforward expression of grief to explore something a lot more complicated: the burden and the exhaustion of having to wonder about a loved one’s health.

To go through such a trauma is to demand our brains to do something that it is certainly not equipped to do. On the day my dad died I went from one airport to another, I took two flights and managed to place some phone calls; I was a functioning human being but I wasn’t really there. I was always in my head, either worried sick about my dad, or thinking of a future without him.

Conor is one of the most complex, if somewhat anodyne, explorations of grief I have ever seen on screen. This child is both ready for his mother to pass, and has in many ways accepted it; while he also wishes, as any good kid of his age would, to keep his mother alive and by his side.

If seen from an inexperienced or unsentimental point of view, such a contrarian and contradictory exploration of grief is almost an outrage. However, the film capitalizes on Conor’s youth and innocence to suggest that, no matter how self-sufficient and prepared this child seems to be, there is absolutely no way in which he is ready to fully absorb the implications of losing his mother.

With a healthy budget of 43 million dollars, A Monster Calls is also a convincing visual spectacle that gives young actor Lewis MacDougall the chance to play a very difficult role with grace and with a level of maturity that belongs to someone much older. It is the nuance and craft of his performance that makes A Monster Calls one of the most compelling and beautiful cinematic experiences I have had in recent years.

Candidate to the Blog of Big Ideas’ 250 Essential Films 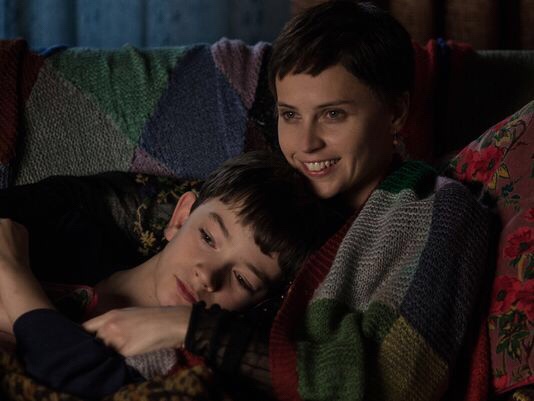