It’s been a while once again. Between family visits, test studying, work demands and a new romance in the air; life gets the best of this blog of mine.
Apart from my writing, my film watching has also decreased, but not as sharply as my visits to the blogosphere. In the last three months of  online inactivity, I managed to watch 28 films, with an average score of 3.3. There were, per usual, highlights and disappointments. On the one hand I marveled at Jordan Peele’s confident directorial debut with  Get Out and Christopher Nolan’s breathtaking Dunkirk, while on the other I watched in confusion how Luc Besson managed to waste over 150 million dollars making his latest passion project, or how Brad Pitt continued his bad streak with the ill-conceived War Machine, which he produced and starred in.
Without further ado, I share with you a list of quick reviews for all the films that were watched in the order in which they were seen. Being that it is quite a number of them for one single post, I will be splitting these up into two parts.

The sequel is a very satisfying reunion with Starlord (Chris Pratt) and his crew of unlikely heroes. Years after it was first introduced to audiences around the world, Guardians of the Galaxy still feels fresher and funnier than most other superhero films, propelled forward by the writing and playful direction of James Gunn.
With a decisively bigger budget, the movie is a bit overstuffed with very colorful worlds and enemies that are both evil and hilariously ill-prepared. Volume 2 has plenty of highs and packs a lot of fun in two hours of film. The film was at its best when it focused on the interactions between these wild characters. My biggest complaint is with Starlord’s origin story, which was no more than traditional and predictable Hollywood fare. 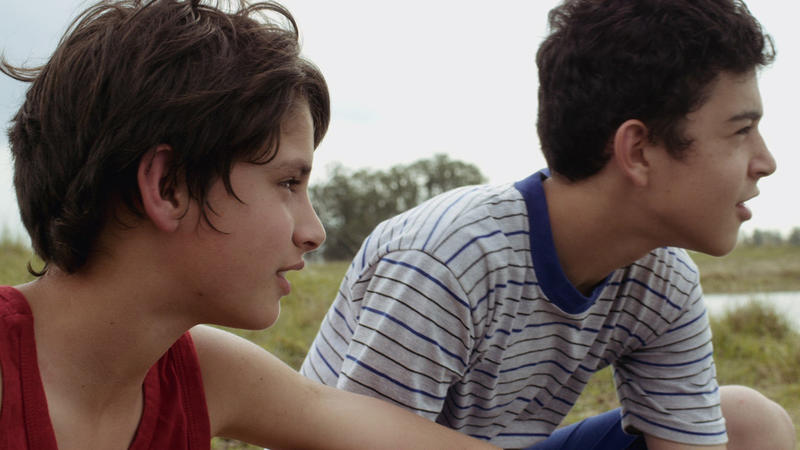 A love story between two kids whose families pulled them apart at a young age just when they were starting to find romance in their friendship.
Many years later they find each other again and the romance is rekindled despite girlfriends. Though there is a element of nostalgia and sadness over time wasted that is well executed , the film struggles to get any traction and the adult actors were not convicing enough to sell their chemistry.

The first film in many years to deliver on the promise of M. Night Shaymalan’s skills as a director and storyteller. Split soars for long stretches due to the nearly perfect chameleonic performance of James McCavoy as a man with multiple personalities. Like some of the better Shaymalan’s creations, Split is also effective in holding and building suspense but, once again, falling just short of finding consistent emotional resonance all the way to the end.
The best scenes happened early between McCavoy and his psychiatrist, played expertly by Betty Buckley.

Yet another exploitative film about America’s bizarre obsession with the murder of Jon Benet Ramsey. The Netflix Original documentary is a cleverly constructed if unevenly executed piece that feels as if we’re watching a random focus group of Americans give their thoughts on the case. At the end the question remains as to whether we need to keep rehashing this tragic and unfortunate story. The answer is no.

As odd as it was to even conceive of an animated film based on a game with such a narrow and mindless purpose; The Angry Birds Movie delivers a playful and charming story about channeling anger through selflessness and friendship. For the most part, the characters are well conceived and the story moves in deliberate and well structured ways. Its problems lie, for the most part, with its source material and how it informs the struggle between birds that don’t fly and green pigs who love eggs. (??)

Entertaining and beautifully directed (except for the ad-hoc ending), the latest film in the Alien franchise I have cherished since I was a kid was a bit of a disappointment, if only for the quality of some of its predecessors. My full review here.

Every few years, one of America’s most talented and underrated storytellers releases a movie that makes you reconsider how movies like it were made. Richard Linklater crafted THE American college film with all of the typical debauchery we come to expect while giving a plethora of characters tangible personalities that never become stereotypical caricatures. For a film to be able to juggle so many small stories and turn it into a cohesive and satisfying whole requires the kind of talent that only a few directors have. We can thank Richard Linklater for showing us that even the immature college films can also be wonderful pieces of cinema.

The comedic gifts of Eugenio Derbez help the film come off better than on the page. With the help of a charming kid and a convincing motherly turn by Salma Hayek, How to be a Latin Lover is a satisfying enough comedy that should not be taken more seriously than the silly lighthearted humor it aims at. 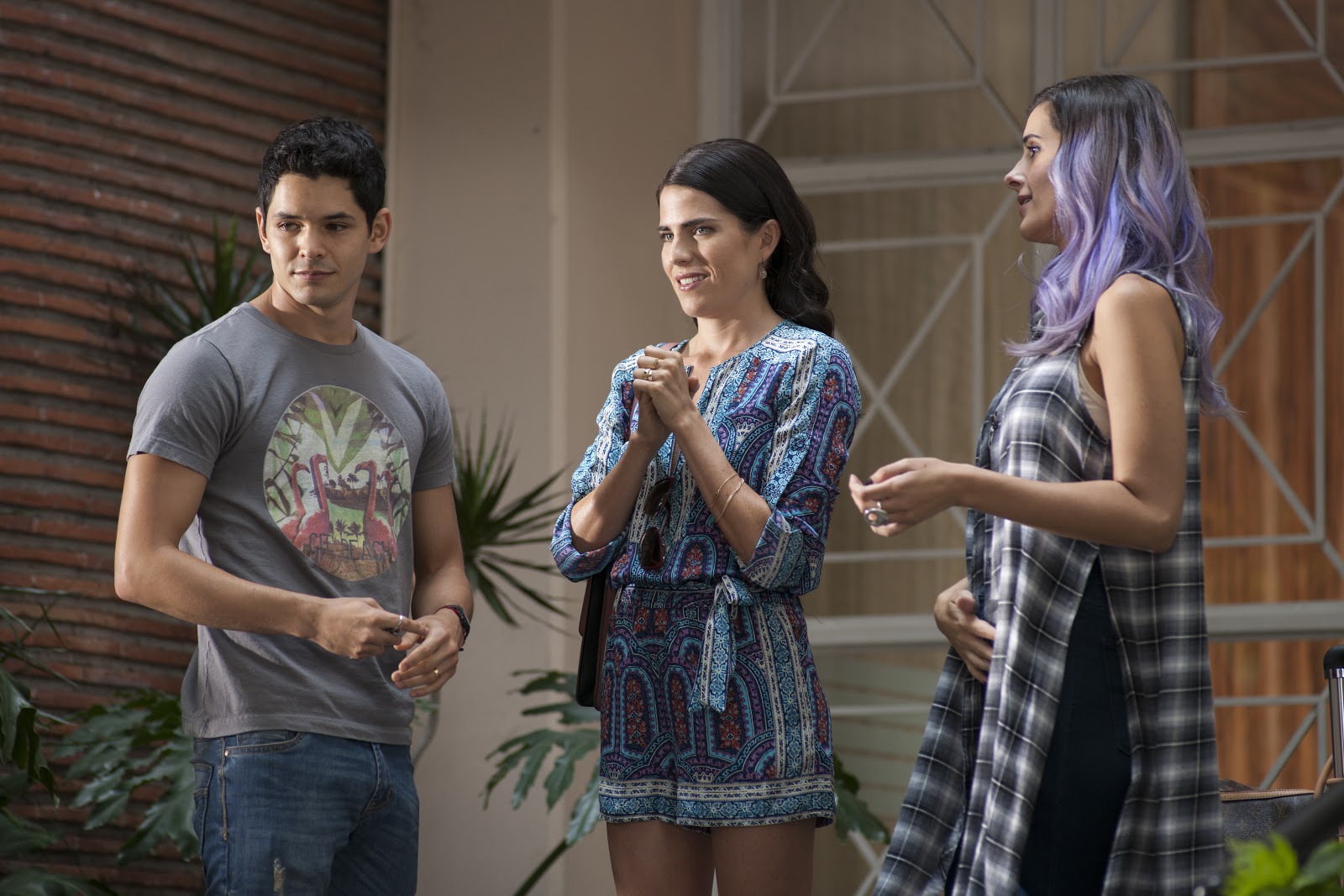 For a film that has the trappings of a silly comedy about young adults making mistakes, there are long stretches that offer no moments of laughter beyond a chuckle or two. As it gets going and the story unfolds the film improves, but it does so rather unevenly, sometimes resorting to the kind of poorly written situational comedy one can expect to find in a hispanic soap opera.

One of Netflix most bold attemps yet at charting a new course towards original filmmaking suffers the faith of an unprepared amateur. Brad Pitt offers star power but little else in one of the most unfortunate performances of his long career. The script is a jumbled mess that touches upon many cliches of war-themed movies without ever sustaining a point of view in a coherent and consistent manner.

There is something about boxing that lends itself to cinematic treatments. We can cite many great films like Raging Bull, Million Dollar Baby and the original Rocky just to name a few. This boxing biopic has many familiar elements, without it ever rising to the emotional struggle of souls fighting their demons on a stage made for violence and blood. Its saving grace are the very apt performances from the cast, starting with my fellow Venezuelan Edgar Ramirez alongside a vintage Robert De Niro. More importantly for me, the film is directed by another rising Venezuelan talent: Jonathan Jakubowicz.

I know Macon Blair from his convincing acting turns in indie films like The Green Room (which disappointed me) and Blue Ruin (one of my favorite films of the last few years). In his first attempt at the director’s chair, Blair gives us an entertaining and weirdly funny film that bears a resemblance to the kind of projects he has been involved with. Even though the film is silly and feels rather pointless once it is over, its characters are oddball charmers that you eventually warm up to. Definitely worth watching.

I will be posting Part 2 within the next few days with the films I watched in June and July.