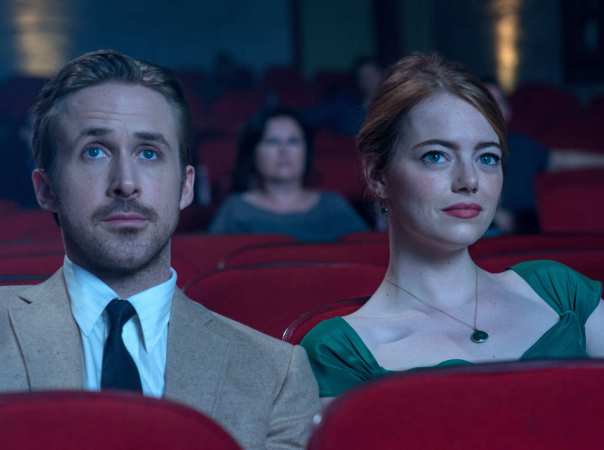 La La Land reminds me of an old passage I once read: many great artists in history did not excel at being true originals, but at being exceptional in their craft. Such is the case of a film that without being groundbreaking manages to excel at every step, delivering a cinematic spectacle unlike any I have seen in years.

Though the story is simple, it is executed effortlessly. Though the characters are not particularly deep or complex, their dreams and desires are palpable and genuine. Though the set designs bear much resemblance to those assembled at anytime during Hollywood’s golden age, they pack surprises and dazzle us with their beauty and thoughtfulness. In short, everything in La La Land has probably been done before, but in copying and reproducing the tricks of the medium this is a film that is second to none.

Playing lovebirds for a second time on the big screen we have Ryan Gosling, an aspiring jazz club owner, and Emma Stone who, like the rest of Los Angeles, dreams of carving herself a place inside the big screen. While their romance starts with the kind of chance encounters that only Hollywood can manufacture, what keeps them together are the kind of hopeful and playful conversations that only dreamers can have.
In the space of a year they dance, they sing and they banter in all-too-adorable ways to the background of an all-too-colorful and vibrant Los Angeles. They go to clubs, they walk through movie sets, they walk around town and marvel at the views of the valley. They defy gravity in one of the film’s most playful and delightful moments; and they even give each other the finger at the end of the film’s magnificent opening scene.

As it looks back in admiration of Hollywood’s past, and as it tries to capture the essence of the classic musical, La La Land always surprises, cutting to song at the most appropriate times and daring to lose what binds it to reality whenever it needs to. In fact, after some disappointment and pain has passed and the film unavoidably takes a more serious tone in its last act, La La Land continues to want to float and fly away to a reality where dreams come true and romance is as grand as your imagination and heart allow it to be.

Like on his previous feature film, director Damien Chazzelle constructs an ode to music and cinema that is confident enough to go for the grand gesture where a less valiant movie may not. La La Land embraces colors, and bold decisions, waltzing from scene to scene to musical pieces that are all phenomenal in their timeliness and artistry.

You would do well to believe that while none of the voices you may hear match the virtuosity of Julie Andrews in the Sound of Music, and the leads fail to show the grace of Gene Kelly with a fever and a cold on a rainy day (according to the legend of Singin’ in the Rain’s most famous scene); La La Land is far greater than the sum of its parts. Every number is exquisite and necessary. None of it feels extraneous. 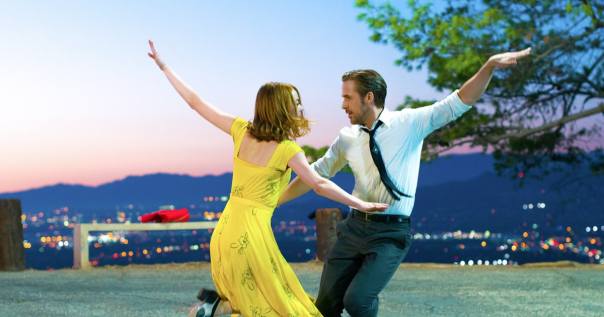