Nearing the conclusion of March, I’m still struggling to keep pace with my film reviews. Here are some of the latest films I have seen: 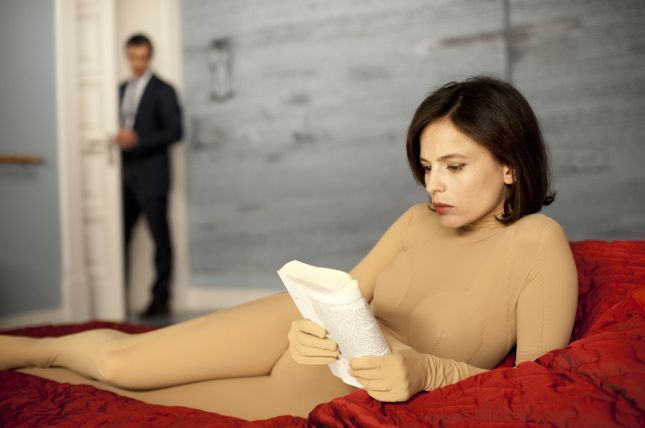 The Skin I Live In

Pedro Almodovar once again delivers a delicately crafted film that is driven by tragedy, lunacy and, often times, depravity. The Spanish director dares to go where the majority might not, visiting dark, largely forbidden subjects that are very much non-existent in mainstream Hollywood. Almodovar goes beneath the sleek, often times simplistic view of sex that the film industry perpetuates as he explores a world driven by carnal desires and strange fetishes that often supersede moralistic considerations, defying social norms and challenging the viewer to reevaluate his own set of values.

With his latest offering, Almodovar goes a bit further than usual, presenting a story that crosses the line of taboo and leaves it well behind, introducing circumstances that are so horrific and sick that they become hard to embrace even when the whole film is blanketed by a sleek production and a carefully crafted script.

The performances are very good. Antonio Banderas is truly surprising as the devious plastic surgeon that experiments with humans in order to alleviate his emotional scars and satisy his very strane desires. As the object of his obsession we find the captivating Vera Elena Alaya who elegantly walks the line between pain, horror and sexual desire. She is the face of fear and tragedy, which in usual Almodovar fashion, comes almost by accident.

If you are planning to watch this film, I advice everyone to thread carefully because Almodovar can often turn into a pretentious provocateur seeking for taboo and instead causing us to leave the theater with a sour taste in our mouths. 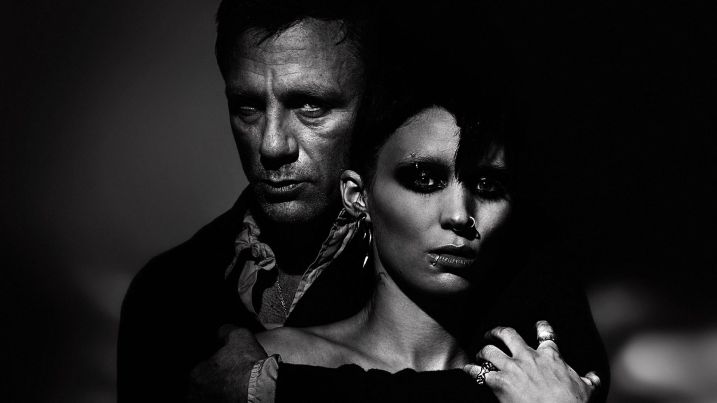 The Girl with The Dragon Tattoo

Having read the book and having seen the first film adaptation in Swedish, I received Fincher’s Hollywoodesque take on the famous novel with hesitation. As it usually happens, viewers tend to be highly critical of films such as these if we have the unrealistic expectation that the story will be as complete and well delivered as it was in written form. After trying my best to leave my preconceptions behind, Fincher’s latest work was satisfying enough to recommend it to those who are not as familiar as I was with the storyline.

Like the first adaptation, the pace of Fincher’s film had to be high and remain unmerciful until the story came to a close in order to cover all the nuances of the novel. What Fincher and his team decided to skip over is usually made up by his very stimulating visual delivery, using all sorts of cinematic techniques to quickly summarize elements of the plot that needed to be covered, even when they were not particularly essential to the overarching theme.

Though successful and thrilling during most of its running time, the film fails in one particularly important aspect of the story that I had originally found to be the most exciting in the book. For as much as the film concentrates on the investigation regarding the murder and disappearance of Harriet Vanger, it never manages to truly surprise us and engage us in the discovery of the mystery, finding resolution in a rather anti-climatic way.

Contributing to the success of Fincher’s adaptation was the nuanced performance by Rooney Mara as Lisbeth Salander, the heroin whose image and personality comes alive as the film progresses. This is a breakthrough performance by all accounts, certainly deserving of the praise it received.

I missed this animated flick when it came to theaters with the feeling that it was not going to be as good as some of the trailers and sneek peeks tried to suggest. Having finally watched it, I can say I was right about my assumptions.

Overall, Puss in Boots was unevenly fun, perhaps suffering from a script that was lean in emotion and characterization and thick on silly comedy, thrills and visual effects. For as long as the film remained the tale of redemption of the tiny, cute cat with a Spanish accent, Puss in Boots was as fun as they come. Once the film started to turn into a tale of friendship trapped within the confines of a magic tale, the film lost most of its charm, becoming an ad-hoc adventure that seemed rushed.

A bright spot in this animated feature is the voice work of Antonio Banderas as our hero, Salma Hayek as Kitty Softpaws and Zach Galafianakis as Humpty Dumpty. Their work, along with a very rich and vivid animation brought this film to life, making it worthwhile enough to deem it just above the average mark.

This film has to be among the craziest, silliest, more distasteful attemps at comedy I have seen. As the title suggests, Jonah Hill plays a good-for-nothing guy who, in order to give his mom a hand on a date, spends the night as the baby sitter of a very peculiar group of kids.

There is plenty of raunchiness, which usually remains only awkward and uncomfortable and not really comedic. There is also plenty of random silliness which would work if the film did not try to take itself seriously at times.

Most dissappointing of all are the unconvincing bonds that are formed within the characters, which in usual Hollywood fashion, experience moments of clarity and maturity that are completely at odds with their personalities just a few hours prior.

Distasteful and usually unfunny, one of the worst films of 2011.

My Week With Marilyn

It is always difficult to review films that do a lot of things right and nothing particularly wrong even as we feel we witnessed a less than stellar piece.
In the case of My Week With Marilyn the problem simply comes down to the less than impressive source material and how it was translated to the big screen.
In the film we mostly follow Colin Clark (Eddie Redmayne), an innocent young man who has always dreamed of being a part of the film industry. With the help of his mother he eeks his way into a project that was to bring two forces of nature together on the screen: the iconic Lawrence Olivier, an actor’s actor, and the world’s biggest celebrity, Marilyn Monroe, an aspiring great actress.

My Week With Marilyn is seen through the eyes of Colin, who after only a couple of days on set is placed right by Marilyn’s side, gaining her affection and devotion, if only for a brief moment. As the film tries to show, Colin and every man around were quickly captivated by this radiant Hollywood star, a symbol of sex and femininity, but also of insecurity and self-awareness. The image she conveys, though alledgedly accurate by Colin Clark’s account, feels reductive, as if Marilyn could be summarized and understood only through her terrible insecurities, which often required moral support from her always admiring posse.

The portrayal of the icons of the big screen, given that it is taken from Colin’s point of view, is void of realism, almost coming across as an ephemeral memory that could have easily been a dream. This was a purposeful move that was probably aimed at staying true to the memoir that inspired the film. Sadly, the lack of realism makes the performances, though convincing on their own, come across as impersonations, rather than original performances.

All in all, it is an enjoyable enough piece that is unremarkable in every way.