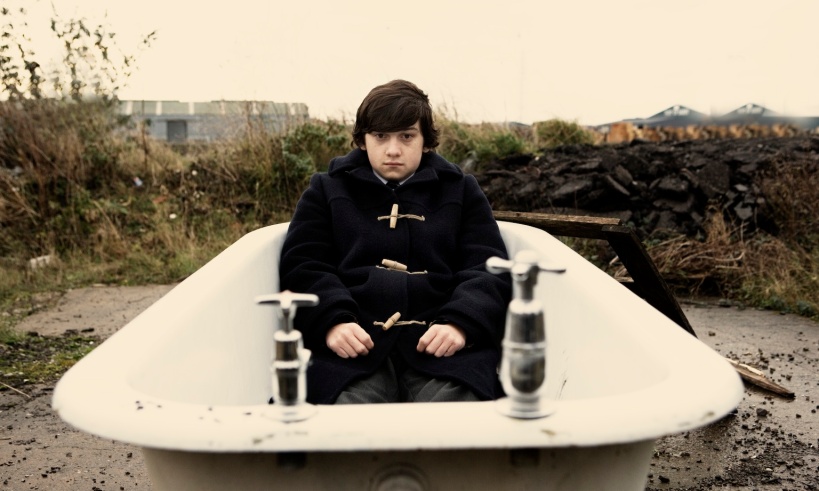 After a celebratory last few days welcoming the new year, I am back to continue posting after a fruitful 9 months of being a part of the so-called blogosphere.
Today, as promised, I offer the reviews of a couple of well-received 2011 films and one not so great sequel/prequel that I was forced to watch under peer pressure.

The film follows Oliver Tate, a 15-year old with a mission: to reignite the flame between his parents, who we are told have not had sex in 6 months; and to make Jordana Bevan, a girl from school, his girlfriend.

Most of the film, is presented to us as a first-person narration, as if our lead is filming his own life. As a result, most of the acting is at a physical level, through body language. The cast is altogether convincing and relatable, most especially the very charming Craig Roberts playing Oliver who makes use of his very expressive eyes with skill.

The story is infused with dark comedy, inherently British in nature, that lightens up an otherwise dramatic script. Like other well-crafted coming-of-age films, Submarine succeeds in transporting us to a time in someone’s life that is filled with innocence and a lot of firsts, whether it be a kiss, a relationship, or a first run-in with the prospect of adulthood.

Submarine is also surprisingly emotional, especially when it comes to Oliver’s repeated attempts to save his parents’ marriage, slowly discovering how all of his efforts seem to be fruitless. A struggle that is all too familiar for many of us nowadays.

Although the film is very charming, there is nothing remarkable about Submarine. It is a movie that is not particularly funny or dramatic, but only a bit of both. The problem does not come from its realization, which is detailed and well-crafted, but from the forgettable nature of the story.

Rating: 3.5 out 5 (good). Charming and cute but forgettable 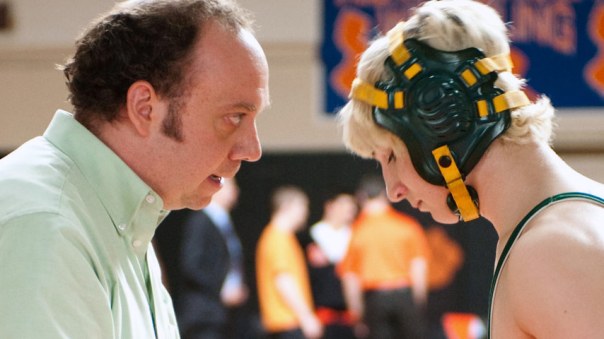 One of the most underrated films of 2011 stars the always compelling Paul Giamatti as Mike Flaherty, an independent neighborhood lawyer who coaches the local High School wrestling team.
In the opening scenes we get a glimpse of a man who has been under a lot of stress to save his carreer and continue to provide for his family. In his desperation, he takes advantage of a client’s unfortunate situation to make some money off him, a decision he would later come to regret.

Following an unexpected series of events, Mike’s kind heart welcomes Kyle (Alex Shaffer), the old man’s troubled grandson, into his family. Described by Mike as a “nice, weird kid”, Kyle shows up at his grandfather’s house after escaping from a mom who is a junkie and a stepfather who abuses him. Slowly, Mike’s family warms up to Kyle, especially when he begins to show his impressive wrestling skills.

Kyle’s talent and quiet charm gives Mike’s family and friends something to coalesce around. Their lives needed Kyle and he needed them even more. The bond that forms between everyone seems genuine and real thanks to a carefully crafted script that also happens to be funny and endlessly charming.

The film borrows a great deal from “Kramer vs. Kramer” which famously starred Dustin Hoffman and Merryl Streep in a battle for custody over a child. While the classic Oscar-winning drama was a bit more emotional and personal, both films take sides, presenting a very unlikable mother who does not deserve to take care of a boy. In its delivery, Win Win is a bit more lighthearted and comical, thus more broad in its reach.

The same formula from all the previous films is reintroduced into the fifth, and hopefully last, iteration of the Final Destination series. To anyone that has seen any of the previous installments knows that it is basically a cat and mouse game between a group of young adults who after avoiding certain death in a catastrophe, seem to be destined to die one after the other.

Once again, the characters are caricatures of real people that are full of cliches. There is, for example, an overbearing boss with a total lack of human decency, and a nerdy-looking employee that somehow manages to always be on the phone with different women despite his extremely unlikable persona.

As if that was not enough, the cast is absolutely terrible, more fitting to a soap opera than a feature film.
Not even the special effects are altogether convincing and the level of gore is more comical than shocking.

It is almost one of those movies that is “good” because it is bad in so many levels, lending itself to mockery and laughter.